The paleo diet is one of the most interesting diets around, with a huge following. While it may seem like a brand new diet fad, it has actually been around for a long time. In this article, we are going to explore what the paleo diet is, how it works, and the pros and cons of following it.

By the end of the article, you should have a good idea about how to follow the paleo diet properly. You should also have a clear idea of whether the paleo diet is the right diet for you.

What is the Paleo Diet?

The paleolithic diet (paleo diet) was first brought to the public’s attention as early as 1958 in Arnold DeVries’ book “Primitive Man and his Food”.

But the idea that the modern diet is inferior to the diet of our caveman forefathers is much older than that. John Harvey Kellogg (or cereal fame) wrote about its benefits in the 1890s.

There have been many iterations of the paleo diet over the years. Some push a more meat-based diet, while others focus on the eradication of processed foods.

The paleo diet is designed to remove all processed foods from our diet and promote the use of plants and animals (hunter and gatherer). Real hunter gatherer societies tend to place more emphasis on a plant-based diet, with meat as an occasional treat. But the paleo diet is often very high in meat.

Game meat is prioritised where possible. Wild meats such as crocodile, zebra, venison, or ostrich is encouraged on some diets. Surprisingly, many of these foods are easily available online.

Paleo fits in with many similar diets. For example, Charles Poliquin used to promote starting each day with a handful of nuts and some red meat. This could easily fit into a paleo diet. Particularly if you chose bison or venison (both examples that Poliquin mentioned) to accompany your nuts.

One of the benefits of paleo is that it can be either plant-based or carnivore-based. You could follow a paleo diet which contains little meat, or one that is based around meat.

Paleo diets are easier to follow than many other diets, but still needlessly complicated compared to a traditional diet such as the Mediterranean diet.

Benefits of the Paleo Diet

There is a lot to like about the paleo diet. At the end of the day, it is a diet that promotes lean meats, vegetables, and fruit.

Benefit #1 The Paleo Diet is High in Protein

Thanks to the promotion of lean meats, the paleo diet can be made to be high in protein. There are many benefits to following a high protein diet; increased strength and satiety, better recovery from exercise, and a higher metabolism (compared to a low protein diet).

Benefit #2 Paleo Places an Emphasis on Fruit and Vegetables

We mentioned the Mediterranean diet earlier, and this is one instance where the paleo diet compares very favourably with it. Paleo encourages you to consume a lot of fruit and vegetables. This means that you will be hitting your vitamin and mineral targets each day, and it will be easier to keep your calorie count in check.

Benefit #3 Paleo has an Excellent Community Behind it

One of the biggest factors in whether a diet is successful or not is the support you get; paleo has a huge following. There are forums, Facebook groups, YouTube channels etc., all dedicated to promoting paleo and supporting followers.

Support like this can really help certain personality types, and the paleo community is great at supporting itself and new members.

By focussing on whole foods, and demonising processed food, the paleo diet does quite a good job of removing junk food from your diet. Of course, this does make it quite restrictive.

Downsides of the Paleo Diet

While there are numerous benefits associated with the paleo diet, it is by no means perfect (no diet is). Here are some of the downsides:

If you have ever tried to follow the paleo diet, you will be well aware of the prohibitive cost. Sure, there are ways to save money. Reducing your junk food and alcohol consumption can definitely save you money! But an emphasis on nuts, seeds, and red meat (particularly if you are trying to eat some of the more exotic meats), really pushes up your shopping budget.

There is a huge emphasis on eating organic, and locally-sourced. But there is no nutritional benefit to eating organic vegetables vs regular, and it is a LOT more expensive. If money is not an issue, then the paleo diet being expensive is not a particularly big deal. But if money is tight, there are better ways to eat healthily.

Downside #2 Too Much Pseudoscience

Many paleo practitioners ban dairy products and bread, but there is no valid reason to do so (unless you happen to be allergic). The idea that dairy products are bad for you has been thoroughly debunked [1].

The focus on “processed” foods is also kind of insane. Sure, many of the foods that are bad for you are processed. But almost all food is processed. That pack of nuts you are eating? The shells were removed, they were roasted, they were then packaged. In other words, they were processed. Peanut butter? Processed.

Well, they’re processed. Most of the food we eat requires a certain degree of processing. Processing food does not make it unhealthy, unless the food is chemically treated and is high in trans fat, sugar, sodium, artificial coloring and flavoring.

Downside #3 Not great for performance

One of the main benefits mentioned about paleo is that it is good for fat loss, which is hardly surprising. You are following a restrictive diet, so your calorie intake should drop. Nothing wrong with this, but diets that are great for fat loss are not always good for performance.

The paleo diet removes a lot of carbohydrates from your diet, it also removes dairy. This means that you will have less glucose stored in your body for training. You will also not be able to consume whey protein. This can affect recovery, and your ability to train at an elite level.

If you are someone who doesn’t train often, then this is no big deal. Your gym performance will not be affected. But there is a reason why most athletes and bodybuilders do NOT follow a paleo diet.

We’re not saying that you can’t be successful as an athlete while on a paleo diet. There are ways to do it, but it definitely makes things more difficult.

The success of a diet is based on a number of factors, but by far the biggest is how sustainable it is. Can you really see yourself avoiding yoghurts, chocolate, beer, bread, cakes, pasta, and cookies for the next ten years?

Probably not, but to follow a paleo diet you would have to. Sure, there are workarounds. You can have cacao instead of chocolate, courgette instead of pasta, tequila instead of beer (yeah, we don’t get it either).

There are thousands of paleo versions of these foods. But they aren’t as tasty, they cost a fortune, and they take ages to bake. They also tend to be higher in calories and fat!

Following a diet that restricts access to your favourite foods often ensures that you end up leaving that diet. A successful diet is one that prevents you from overeating, increases your fruit and vegetable intake, and can last the rest of your life. Paleo does many of these things, but most people struggle to do it for a prolonged period of time.

How to Start the Paleo Diet Today

The first thing that you need to do is have a good look in your kitchen, you want to remove any junk food or processed foods. Cakes, cookies, chips, and food that is similar.

Some paleo diets will have you remove bread, rice, and pasta too, but not all of them. The next thing you will need to do is go shopping.

Look for lots of fruit and vegetables, particularly potatoes, sweet potatoes, and similar root vegetables. These will be your main carb source. This is important if you are cutting out rice, pasta, and bread.

Pulses, lentils, nuts, and seeds are another great food choice. They are all paleo friendly, and will help you to hit your calorie and macro targets.

Meat and fish are crucial to your diet succeeding. Whether you get organic or some of the rarer meats will depend on your budget.

If money is no option, then venison, organic chicken, beef steak, and some of the rarer meats available are all great choices.

Some paleo diets allow supplements such as whey protein, while others strictly forbid it. Obviously, paleolithic people would not have had tubs of whey protein to hand, but nor would they have pre-cut steak! It’s a judgement call on your part.

If you are avoiding supplements such as whey protein, then you may need to find ways to increase your protein intake. Meat is an obvious choice, but seeds, pulses, and nuts can also help.

There are a couple of things you should consider when starting a paleo diet.

As a short-term diet, the paleo diet has a lot going for it. There is a great paleo community, many recipe ideas, an emphasis on lean protein and fresh fruit and vegetables.

But sadly, due to its restrictive nature, the paleo diet is unsustainable for most people. There are better, less extreme diets out there that are easier to follow. 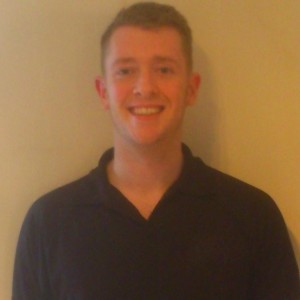 Matthew Smith is a fitness and nutrition writer from London, England. He has a degree in Sports Science from London Met University and seven years experience as a personal trainer. He currently lives in Nottingham with his wife and their dog.

Six Star Whey Protein Plus is a 100% whey protein powder. It consists of a combination of whey concentrate and whey isolate proteins. The label

I used a 3 day workout split for years. It worked well with my busy schedule. Still, I found that doing chest, shoulders, and triceps

We are a participant in the Amazon Services LLC Associates Program, an affiliate advertising program designed to provide a means for us to earn fees by linking to Amazon.com and affiliated sites.

Save Up To 40% On Brand New Equipment for your home gym!

Rogue is running a sale right now. Rogue deals give you a unique opportunity to find rare or even one-of-a-kind strength and conditioning products at a budget cost. So don’t miss a great deal because this is only available as long as stocks last!