SCULPTnation Burn is one of the most well-known fat burners in the market. Like many other fat loss supplements, it works by increasing the body’s core temperature (known as thermogenesis), which causes the body to burn more calories.

But does it actually work as well as advertised? This SCULPTnation Burn review will dig deep and give you the answer!

SCULPTnation Burn is a thermogenic fat burner. It contains a blend of ingredients designed to increase your metabolism and “incinerate your body fat”.

It’s relatively similar to such market-dominating products as Jacked Factory Burn XT. While Burn doesn’t really offer any outstanding ingredients that make it stand out, their advertising hype would make you believe otherwise.

SCULPTnation is a company that makes the kind of supplements you expect to see, such as pre-workouts, BCAAs, protein, and so on. Burn appears to be one of their more popular products, and while some of their products look decent enough, they are not the “cutting edge” company they claim to be.

Things To Consider Before Buying A Thermogenic Fat Burner

A good thermogenic fat burner can help you lose body fat faster. Of course, you should have your diet and exercise program in place first. You should also understand that while a thermogenic can help, it’s a supplement. That means it’s meant to “supplement” your overall approach.

Thermogenics are best used by experienced individuals that understand what to expect, especially from a high-stimulant product. If you have any issues with caffeine or stimulants in general, you should consider a non-stim thermogenic such as Hydroxycut Non-Stimulant or Evlution Nutrition Lean Mode.

Here are the things you should consider before buying a thermogenic fat burner:

There are just 6 ingredients in SCULPTnation Burn. It’s refreshing to see that more companies are using a fully disclosed label and Burn is no exception. Each ingredient is fully disclosed and clearly dosed on the label.

However, Burn is primarily a stimulant. It does not include ingredients that target other areas of fat loss. The best thermogenic fat burners include specific appetite suppressants, perhaps a diuretic ingredient, as well as thyroid support.

Here’s the breakdown of each of the ingredients in Burn and what they do:

Also known as EGCG. Green tea contains compounds called catechins. These compounds are highly effective antioxidants. EGCG is one of the primary catechins of green tea extract. It has numerous health benefits, one of which is that it supports heart health.

In terms of fat loss, EGCG works by stimulating the production of the stress hormones epinephrine and norepinephrine. This, in turn, helps the body break down stored fat to be used as energy. (1, 2) EGCG works well with caffeine, and in fact, the ingredients in Burn all work well together.

The active ingredient in cayenne pepper is called capsaicin and is the compound that stimulates thermogenesis. Cayenne pepper also helps control hunger and, similarly to EGCG, promotes the breakdown of fat to be used as energy by the body.

This is a popular and effective stimulant that’s commonly used to increase energy and alertness. It also stimulates thermogenesis and increases your metabolic rate, which means your body burns more calories. When compared to many other thermogenics and energy supplements, Burn uses a relatively mild dose of caffeine. (5)

This is a common ingredient in many pre-workouts and has recently become more common in fat burners. Grains of Paradise has some research suggesting that it can stimulate the activity of brown adipose tissue. Brown adipose tissue, or B.A.T., is directly involved in the process of thermogenesis in the body.

However, the research on this ingredient is somewhat limited. Therefore, some users feel SCULPTnation could have gone with several other, more effective ingredients, such as carnitine or synephrine. (6, 7, 8)

Yohimbe is a small tree that originates in South Africa. Found in the bark, yohimbine is the active ingredient of yohimbe. Yohimbine has gotten a lot of attention for helping to burn “stubborn” fat in the body.

Typically, the last few pounds of fat in areas such as the belly and lower back are considered “stubborn”. This is because it takes a lot of effort to lose the fat in these areas. Much like EGCG, this compound stimulates the stress hormones of the body. Therefore, it activates thermogenesis.

Yohimbine is also considered a stimulant. One of the problems with this ingredient is that there are possible negative side effects. These include gastric discomfort, anxiety, and increased heart rate. The dose used here is relatively small to help avoid these effects.

Still, if you try Burn, it may be smart to begin with one capsule to determine how it will affect you. Once you have determined that, you can go up to the standard two-capsule serving. (9)

Like yohimbine, this ingredient originates in the Yohimbe tree. In fact, it’s structurally so close to yohimbine it’s often called alpha-yohimbine.

There’s no significant difference in effects other than the fact that rauwolscine is considered stronger. This means that, like yohimbine, rauwolscine is a thermogenic and a stimulant. It can increase fat loss as well as help control hunger by impacting the stress hormones of the body.

It also means it can have the same adverse side effects. For this reason, the same dosing advice applies. This is also one of the reasons why some users feel Burn should have used other ingredients. (10)

What are customers saying?

We did an extensive online search about SCULPTnation Burn and found several reviews. Many of them are relatively positive reviews. There are quite a few negative reviews directed at the level of customer service and the use of some of the ingredients, namely yohimbine, rauwolscine, and grains of paradise.

Some users feel Burn contains several questionable ingredients that are either not effective for fat loss or carry a little too much risk. If you feel Burn is not the best choice and would like to try something different, here are some great alternatives: 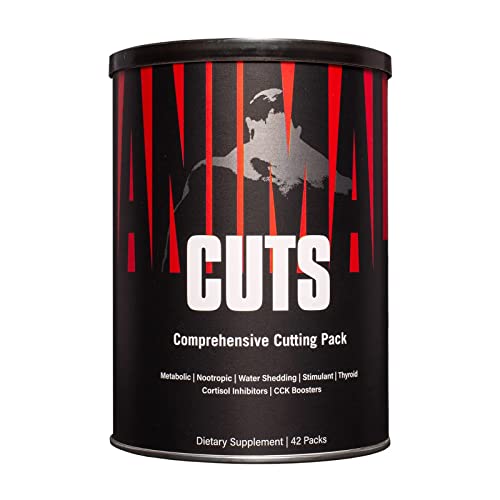 Animal Cuts is part of a line of supplements by Universal Nutrition that’s marketed to bodybuilders and weight lifters.

However, the truth is that anyone can use it. Animal Cuts is an “all-in-one” fat burner. It features an 8-complex formula that targets all major pathways required for effective fat loss.

Included in this well-rounded formula is a stimulant complex for energy and thermogenesis, a thyroid support complex, and a cortisol blocking complex.

There’s also a diuretic formula, a nootropic formula, and a CCK-boosting complex. CCK or Cholecystokinin is a peptide hormone found in the gastrointestinal tract that’s involved in the digestion of fat and protein. Animal Cuts is rounded out by a complex that improves the absorption of the other ingredients.

The downside is that each complex is a prop blend, so you have no idea what you’re getting. Still, this is a complete formula that can offer a total approach to fat loss. 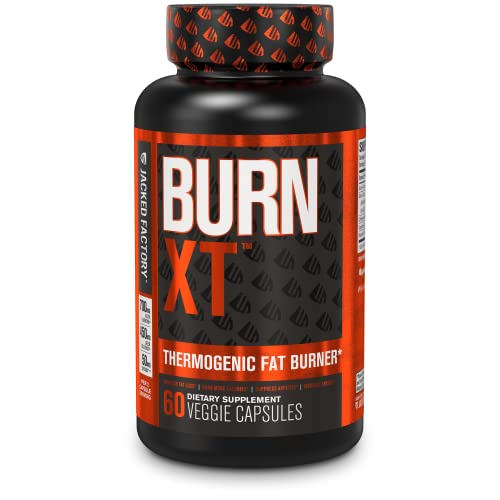 Jacked Factory Burn XT is a thermogenic fat burner with a formula that is similar to SCULPTnation Burn and has just 5 ingredients. Burn XT drops the yohimbe, rauwolscine, and grains of paradise found in SCULPTnation Burn. Perhaps this is because these are the ingredients that lead to some of its questionable reviews.

In Burn XT, they are replaced by a single ingredient: acetyl-l-carnitine. This is an ingredient that transports fat to be burned for energy by the body. It also has cognitive benefits. While not a complete formula like Animal Cuts, Burn XT is a popular product that directly competes with Burn. It replaces the ingredients that are perceived by some users as Burn’s shortcomings.

SCULPTnation Burn is not the strongest thermogenic on the market. It’s also not the most complete. It’s primarily a modestly dosed stimulant-based fat burner that will activate thermogenesis, increase your metabolic rate, and provide some appetite suppression.

There are also some relatively common ingredients that some users may find questionable: grains of paradise, yohimbine, and rauwolscine. For this reason, SCULPTnation Burn may not be the best choice.

If you’re looking for a good thermogenic, there are better products available, such as the alternative products suggested in this review. 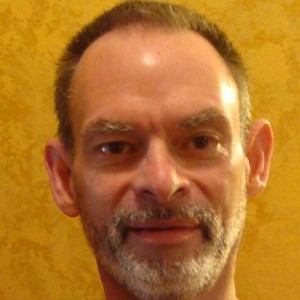 Jim is a Certified Personal Trainer and Certified Sports Nutritionist with 40 years’ experience in bodybuilding and fitness. He has been writing articles for numerous bodybuilding sites since 2004, winning "Bodybuilding Article Of The Year" in 2009 on Bodybuilding.com. He also has numerous published articles in Ironman and Physique magazines. 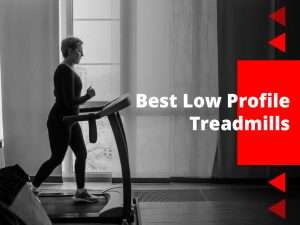 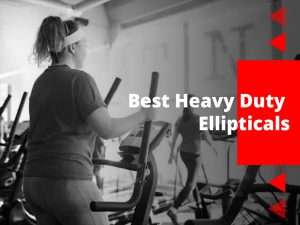 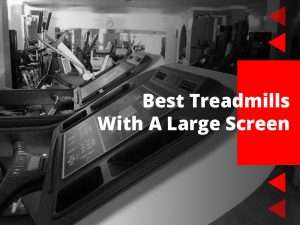 The 14 Best Treadmills With A Large Screen 2022 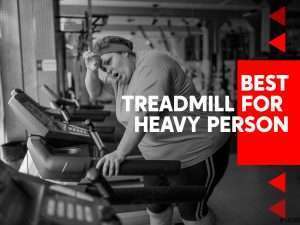 The 14 Best Treadmills For Heavy Person 2022 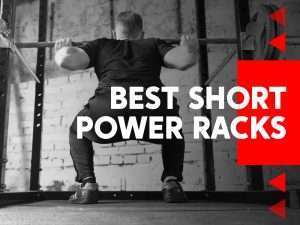 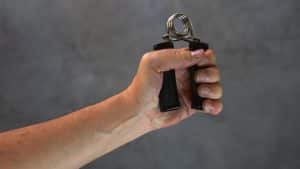 What are the Benefits of Hand Grip Exercises?

We are a participant in the Amazon Services LLC Associates Program, an affiliate advertising program designed to provide a means for us to earn fees by linking to Amazon.com and affiliated sites.

Save Up To 40% On Brand New Equipment for your home gym!

Rogue is running a sale right now. Rogue deals give you a unique opportunity to find rare or even one-of-a-kind strength and conditioning products at a budget cost. So don’t miss a great deal because this is only available as long as stocks last!